Royal Caribbean kicked off its Amplified program in March 2018, a $1 billion fleet modernization program that saw the cruise line invest more than $1 billion in renovating 10 ships over four years, with virtually every aspect of the cruising experience improved.

The program was designed to bring its guests the next wave of cruising with new and improved vessels, ports, and features aimed to bring a new generation of cruisers into the industry. So far, Royal has announced upgrades for Navigator of the Seas, Oasis of the Seas, and Voyager of the Seas.

Freedom of the Seas, which was launched in 2006, is the next ship up in the series and the second one of Royal’s Freedom class to be amplified after Independence got its own upgrade in 2018 (Liberty of the Seas will follow in 2021).

The ship will debut with a $116 million upgrade in March 2020 when it starts sailing seven-night Southern Caribbean itineraries out of San Juan with stop s in Saint Lucia, Antigua, Aruba, Bonaire, and Curacao. 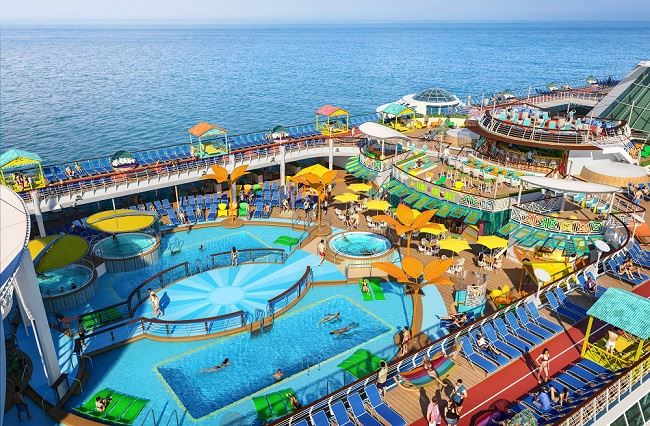 Top deck and poolside
Aside from the ship’s FlowRider surf simulator, mini-golf course, and rock-climbing wall, Freedom of the Seas will be getting a number of Royal staples as part of its upgrade.

The Perfect Storm trio of waterslides will debut along with a new pool deck with a Caribbean theme including daybeds and hammocks poolside, the Solarium for adults, and Royal’s aquapark for children called Splashaway Bay.

Also poolside, the ship will be getting The Lime & Coconut, a three-level signature bar that will host live music and a new cocktail menu for its guests; along with El Loco Fresh, a grab-and-go Mexican eatery that will offer a menu of tacos, burritos, quesadillas, an array of salsas, and a full-service tequila bar. 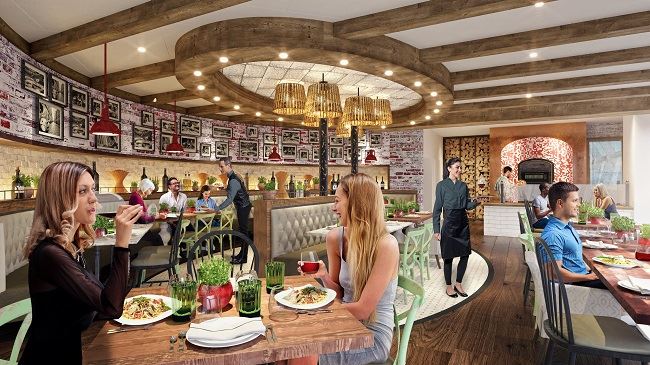 Giovanni's Italian Kitchen will feature on teh new Freedom of the Seas. Photo: Royal.

New eateries
Aside from The Lime & Coconut, Royal Caribbean will also be installing four different eateries away from the vessel’s pool deck.

Giovanni’s Italian Kitchen will offer made-to-order pizzas (hand-tossed in front of guests) and a menu of wines and limoncellos.

Izumi Hibachi & Sushi will offer guests teppanyaki tables and a sushi bar, with a menu of Asian-inspired hot and cold appetizers, entrees, and desserts.

Playmakers Sports Bar & Arcade, which was also added to Oasis of the Seas during its turn in the cruise line’s Amplified schedule, will also be added to Freedom of the Seas; as will the candy outlet Sugar Beach and Fish & Ships. 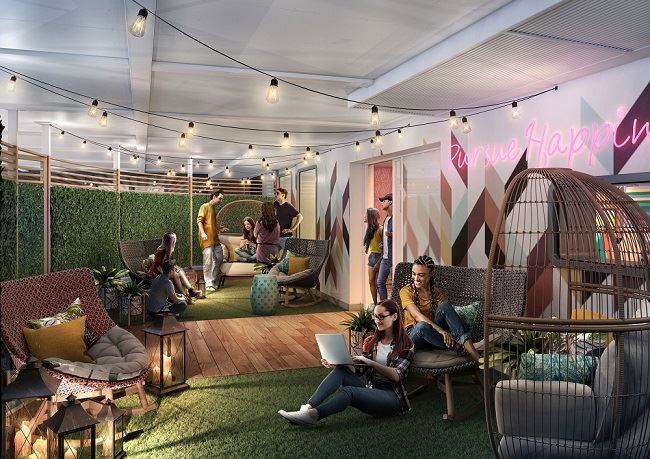 The new outside space at Adventure Ocean. Photo: Royal.

Family spaces
Royal Caribbean is adding and upgrading the family areas on Freedom of the Seas, including a new look for Adventure Ocean, with new interactive activities like Workshop (which will offer young guests science and tech activities) and a new private outdoor deck for its teen space.

'We’ve proven that we’ve been able to provide a really great cruise experience along with a safe experience.'

Silversea Cruises is offering travel advisors the chance to earn bonus commission for new bookings made before the end of February.

Another major name is getting into the expedition cruise business.

The itineraries will mark the first time Royal Caribbean has homeported out of Barbados.

Even with sailings on hold, cruise lines are continuing to develop and add to their fleets.

Disney joins others in the industry is pushing back its restart.

Video: What Was It Like to Be the Travel Expert for the CBS Morning News?
About Travel Market Report Mission Editorial Staff Advisory Board Advertise
TMR Resources Webinars Calendar of Events
Subscribe to TMR
Select Language
Do You Have an Idea Email
editor@travelmarketreport.com
Give Us a Call
1-(516) 730-3097
Drop Us a Note
Travel Market Report