Norwegian Bliss guests can now score more time than ever on the longest racetrack at sea.

Bliss’ electric racetrack is a first for any of Norwegian’s North American-based ships and is the longest one at sea. Guests are able to get up to 30 miles per hour in the go karts, twisting and turning on the ship’s top deck, on an expanded race track that is wide enough for one car to pass another.

Up to 10 cars can race at once. Double-seated cars are available for parents to give their younger children a chance to ride. 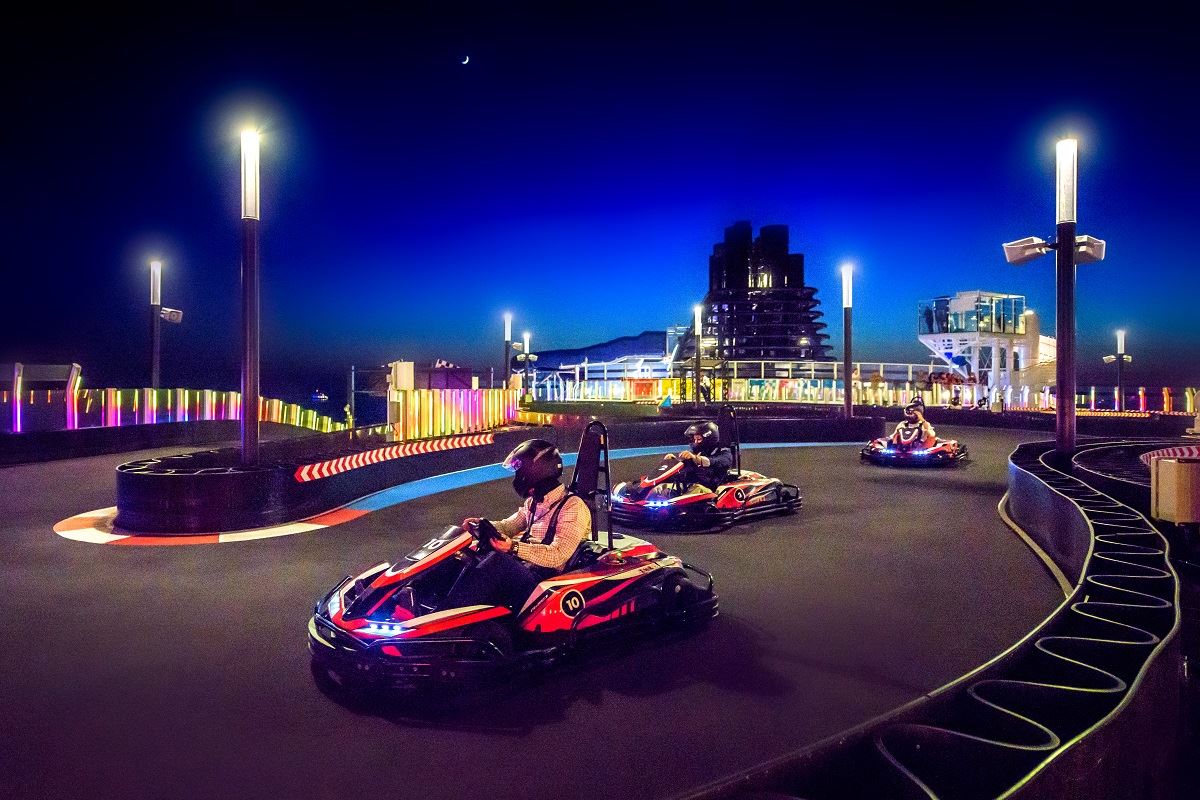 The 1,000-foot Go Kart race track is a first for any of Norwegian’s North American-based ships.

Video: How to Educate Yourself Before Charging Service Fees
About Travel Market Report Mission Editorial Staff Advisory Board Advertise
TMR Resources Webinars Calendar of Events
Subscribe to TMR
Select Language
Do You Have an Idea Email
editor@travelmarketreport.com
Give Us a Call
1-(516) 730-3097
Drop Us a Note
Travel Market Report