Royal Caribbean has set the fourth ship in its Royal Amplified fleet modernization: Voyager of the Seas.

Royal Amplified is Royal Caribbean’s program, unveiled last year, that promised to deliver the next wave of cruising through a $1 billion investment that would propel the cruise line to new ports with improved ships.

Voyager of the Seas, which was originally launched in 1998, will undergo a $91 million refresh that will see new features, including a redesigned top deck and family spaces, before it reenters service in the South Pacific in October 2019. 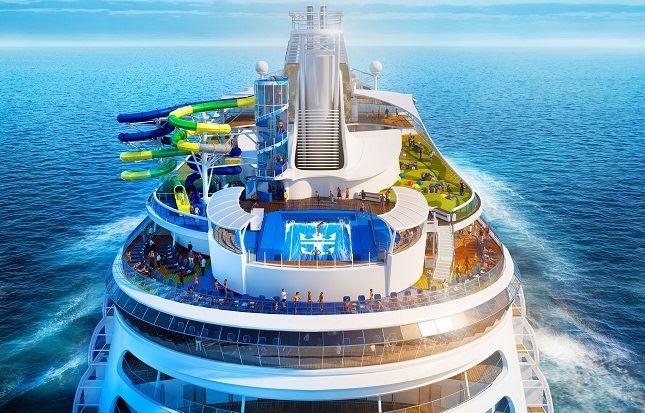 Top deck and family additions
The refurb includes the addition of some Royal Caribbean staples on Voyager’s top deck, including waterslides at the Perfect Storm, giving the ship a lineup that offers the FlowRider Surf simulator, rock-climbing wall, mini-golf, and the Perfect Storm for its top deck activities.

Royal Caribbean is also adding a number of family options, including its glow-in-the-dark Battle for Planet Z laser tag, which takes place in the ship’s Studio B.

Voyager will come back into service with a top-to-bottom redesign of its kid and teen clubs.  Adventure Ocean will be rebuilt with a new layout that will allow the cruise line to offer a free-play approach, and the ship’s teen club will get a new outdoor deck. And, for the first time on Voyager, a nursery for babies and tots will be installed. 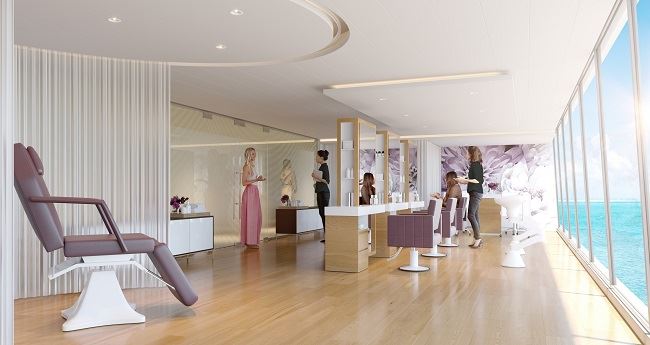 Spa and room updates
Royal Caribbean is moving its Vitality Spa and Fitness Center, which will be updated for Voyager, to the aft of the ship. Aside from its standard fitness offerings, the spa will also offer a menu of treatments and services, including massages, acupuncture, manicures, fitness classes, and personal training.

Voyager will also get 72 new inside and balcony cabins, and two lounges, for its loyalty program and suite guests — a Suite Lounge and outdoor area for guests in Grand Suites and above, and the Diamond Lounge for members of its Crown & Anchor Society program.

All guests on Voyager will have access to Royal’s mobile app when the ship reenters service. The app gives guests the option of checking in online before their sailing, along with tools to plan activities and excursions, book and manage dining, and check onboard expenses.

Beginning Oct. 21, Voyager will set sail on a series of 3- to 5-night Southeast Asia cruises from Singapore. It will then reposition to Sydney Australia, to sail 9- to 12-night South Pacific cruises starting on Nov. 30.

“I do not consider myself a good sales person because my focus is on service. I care much more about the wellbeing and happiness of whomever I am assisting than I do about income. I will be here when they are ready.”

Best Places to Camp in the Most Popular National Parks

“Strong demand” for debut sailings on the Mississippi is causing Viking to open up 2023 early.

Shorter sailings, physical distancing onboard, COVID-19 tests, and more were recommended by the EU this week.

Leibowitz is taking over for Rick Meadows, who departed Seabourn in May after more than three decades with Carnival Corp.

The move marks the first time MSC will sail a ship out of Florida's Port Canaveral.

Video: Tips for Making the Most Out of Social Media
About Travel Market Report Mission Editorial Staff Advisory Board Advertise
TMR Resources Webinars Calendar of Events
Subscribe to TMR
Select Language
Do You Have an Idea Email
editor@travelmarketreport.com
Give Us a Call
1-(516) 730-3097
Drop Us a Note
Travel Market Report