Disney CEO Bob Iger announced Tuesday that he will step down and become executive chairman through 2021, effective immediately.

Though Iger, who has been at the helm of Disney for 15 years, has pushed back his retirement several times in recent years, the announcement caught many by surprise. He wasn’t expected to retire until the end of next year.

Iger said he decided to step down now because he wanted to focus on the creative side of Disney now that major projects like the launch of Disney+, which already has nearly 29 million subscribers, and the Fox merger were completed.

"With the successful launch of Disney's direct-to-consumer businesses and the integration of Twenty-First Century Fox well underway, I believe this is an optimal time to transition to a new CEO," Iger said in a statement. "I have the utmost confidence in Bob and look forward to working closely with him over the next 22 months as he assumes this new role and delves deeper into Disney's multifaceted global businesses and operations, while I continue to focus on the company's creative endeavors."

Iger first joined ABC in 1974 and later served as president of the network when it was bought by Disney in 1996. He later became chief operating officer in 2000, followed by CEO in 2005.

During Iger's tenure as CEO, Disney took over Pixar Animation Studios, Marvel Entertainment and Lucasfilm. He also spearheaded Disney’s $71 billion acquisition of Fox’s entertainment business last year, which brought the 20th Century Fox movie and TV studios along with cable channels such as FX under the company's wing.

These acquisitions, combined with the launch of Disney+ and amusement park openings, saw the company's market value increase five-fold.

Chapek, a longtime Disney executive, served as president of distribution for the company's movie studio, president of its home entertainment business, and president of consumer products. He went on to become chairman of parks and resorts. Following Disney's divisional restructuring in 2018, he became chairman of parks, experiences, and products, where he led growth across Disney’s six resort destinations, several theme parks, cruise line and other travel businesses.

Chapek was unanimously elected as the next CEO of The Walt Disney Company, Susan Arnold, an independent lead director of the Disney Board, said in a statement, adding that a succession plan had been ongoing for several years.

Chapek will be only the seventh CEO in Disney history.

Here's to traveling at your own speed. When you're ready, we're ready with clean, sanitized vehicles and a low-touch rental process.

Why Sustainable Luxury Travel Will Be in Demand Post-COVID-19

Torunn Tronsvang, CEO and Founder of Up Norway, discuss why sustainable luxury travel will be in high demand.

Advisors talking to TMR describe the case for, and against, charging fees

A Ship Board Romance Led to A Marriage and Travel Agency

For Marc Hayes and Marisel Aleman, cruising holds a special place in their heart.

USTOA President & CEO, Terry Dale, issues you a "7 Day Challenge" by sending a handwritten note to a USTOA Member to say thank you for being a friend and a partner. Please send this letter to your U.S. elected officials about the devastation the travel and tourism industry has experienced from the COVID-19 pandemic. 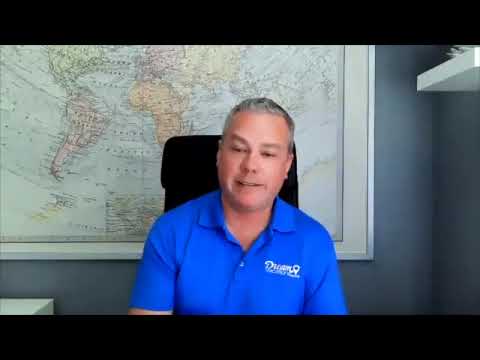